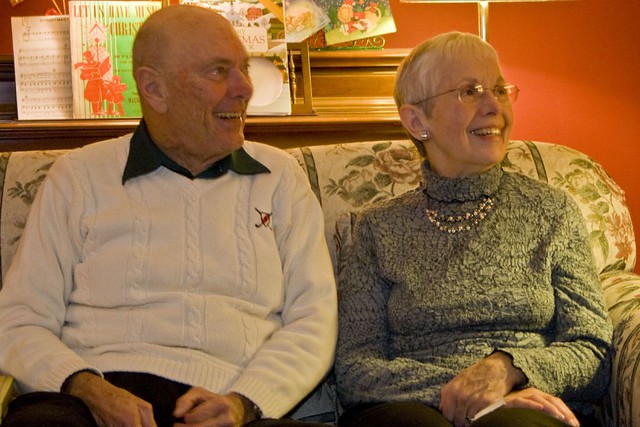 There’s a scene at the end of the movie, ‘When Harry Met Sally’. You know the one I mean – the one that has all these old couples telling stories about how they met and fell in love and how after so many years they are still together.

These couples are so in synch with each other that they finish each others sentences. They each know the other so well, even down to what the other is going to say, so that without even talking over the top of each other you get the whole story as if it could have all come from one mouth.

This is my definition of true friendship and creates the foundation of every relationship that has lasted longer than the soft skin, the agile body and the great sex. The relationships that exist beyond sickness, beyond the bad times, and will only be severed by the death that will one day separate the couple from each other.

These relationships are ageless: they have stood the test of time. These couples have discovered something that so many of us still struggle with and that is that the love that comes from a true friendship survives all and any adversity that can be thrown at them.

How does this happen? I think there is something happening here that is maybe not present in many current relationships. This is the way these relationships began in the first place. I had a client come in some time ago, an older gentleman who lost his wife six months ago after forty years of marriage. He was grieving for her so badly he didn’t know what to do with himself. There was nothing he needed to understand or learn about this event. My role as his counselor was simply to give him a place to tell his story.

And what he told me was this: He described himself as a bit of a ‘lad’. He enjoyed the company of his mates and they spent Saturday nights out on the town drinking and partying. On occasion they would go to a dance and meet up with girls. This is how my client, let’s call him Peter, (not his real name) met the woman who would become his wife and long-time partner.

Peter was invited to a dance by his mates. There was a promise that there would be girls there and one of Peter’s mates even suggested that there was someone new to the group who Peter might fancy. This is when he first met Pip (not her real name) and instantly hit it off. The months that followed were spent going out with the group and getting to know each other more. ‘They Became Good Friends’. It was from this friendship then that their love grew. They married and made a life together.

Things are different now than they were then and I wonder when I meet people like Peter, and the loving way he speaks of Pip, and see couples like at the end of ‘When Harry Met Sally’ if there is something they knew back then that we might have lost sight of. And that might simply be that before they fell in love they first created a really great friendship.

I believe that friendship must be a precursor to a truly great relationship and become thereby the necessary foundation that will take the relationship into the future.

When I talk to couples now I ask them what they do for fun. These are the things that will create the opportunities for a friendship to flourish. Sometimes things become too serious as people get on with acquiring things in their lives instead of living their lives.